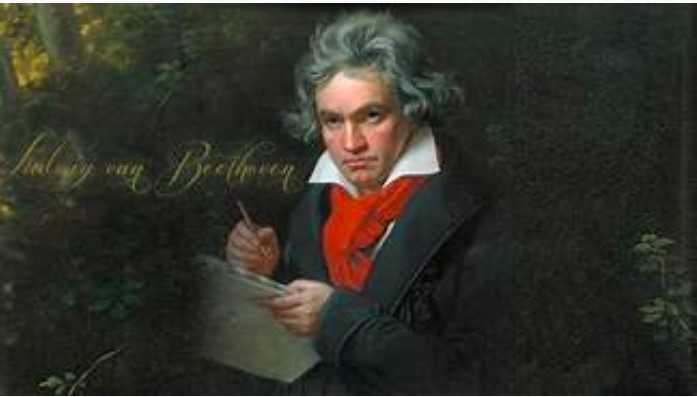 I started my caregiver’s blog on this day so that I could remember the anniversary. I didn’t know that a mere five years later I would be listening alone, but she – and he, are as near and dear to me as always.

So today, I have the radio on and they are playing his Ninth Symphony (choral). I will vote for my favorites for the countdown (see link below). Later, I will put Immortal Beloved on the TV, just as Mom and I used to do. And I will cry. Again. As my sister says, she watches the classic movie King of Kings every year and each time hopes that it will end differently.

I wonder if he would have composed his beautiful music if his story had a happy ending. Perhaps he would have been a good husband and father. However, in order for the rest of us to have known his genius, “Es muss sein.”

Voting for the winner of the countdown ends December 18th.

My other blog: The Caregiver's Corner

T3 Test Blog
Get On With It

Writing and drawings about work, family and the stuff in-between

'Growing old is mandatory; growing up is optional.' Chilli Davis

A Dollop of History

Helping families one family at a time.

Energy Focus for Everyone

You control your energy use

Albihon - the best of England and Japan

Exploring Bristol and beyond

Trunk of Thoughts
The Dope Bohemian

Are you ready to live your dopest life?

Recipes showing step by step directions with pictures and a printable recipe card.

Devotionals on A COURSE IN MIRACLES, A COURSE OF LOVE, THE WAY OF MASTERY, CHOOSE ONLY LOVE, and MIRARI . . .with Celia Hales

Your go-to equipment rental facility in the Indianapolis area. "Don't be a tool - Rent one."

Resources to light the way for those managing Alzheimer's and dementia.

Caring for those with dementia and their caregivers

Mark All My Words

A Slightly Different View of the World

The latest news on WordPress.com and the WordPress community.

Editor in Northern California. Interested in tiny things, nineties nostalgia, old jungle mixtapes, punctuation, and my cats. Not to be fed after midnight.

A blog about the guilt, frustrations, humor and sweet times that come with caregiving with a focus on Parkinson's and Alzheimer's.